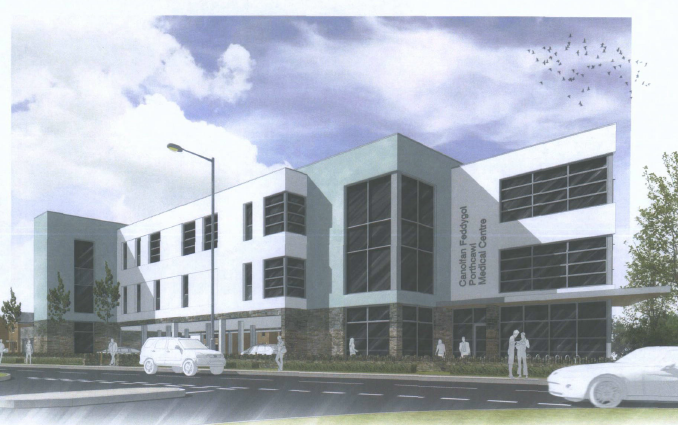 Following a public exhibition a few weeks ago, Abertawe Bro Morgannwg Local Health Board (ABMU) and its partners have now submitted full plans to Bridgend Council for a new primary care centre in Porthcawl.

A new primary care centre has been discussed for several years in the town and was expected to form part of supermarket-led regeneration plans at Salt Lake. However, with several operators pulling out the plans slipped back – not unsurprising in Porthcawl.

A piece of land became available as a result of a new housing development next to Pwll-y-waun on the outskirts of Newton, and ABMU decided to take a punt as the land was (surprisingly) earmarked for business uses with little interest in it.

The new medical centre is intended to replace the Portway and Victoria Road surgeries located in Porthcawl town centre, though both surgeries will remain independent of each other.

The new primary care centre will include :

These “one-stop shop” primary care centres are the future of primary care in Wales, with ABMU having constructed, are constructing, or proposing similar facilities in Swansea, Glynneath, Briton Ferry, Port Talbot, Pencoed and something similar at Maesteg Community Hospital.Having as many services under one roof supported by modern facilities might make general practice more attractive to doctors who want to continue things such as research. It would allow some services to be provided outside hospitals (improving things like waiting times) and would allow better co-ordination between different primary care and outpatient services.

It’s presently unclear what services would be provided at the new centre other than GPs and clinics, but if you use the Port Talbot Primary Care Centre as an example, it could include podiatry, community dental services, screening, occupational health and physiotherapy. It could presumably be a base for medical and dental training too.

It’s inevitable that in the longer term something similar to this would need to be built in Bridgend in order to replace the three main GP surgeries that serve the town (Riverdale, Ashfield and Newcastle – Brackla/Oak Tree could probably stand alone) as well as the clinics (Quarella Road).

I don’t think there are any major issues here and the centre is almost certainly going to be welcomed, but you would’ve expected it to have been built at a more central location, and perhaps ABMU should’ve waited until a developer came forward for Salt Lake. 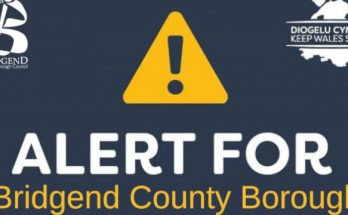