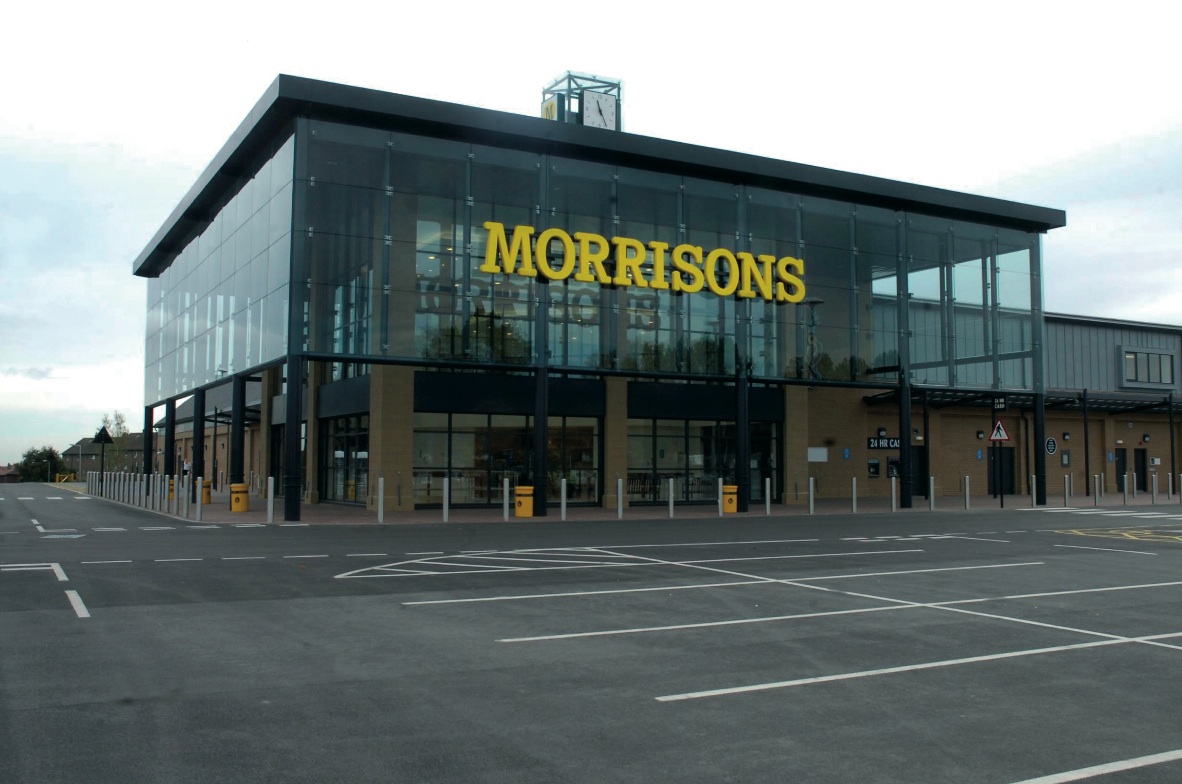 Morrisons set for Porthcawl – With a £1million sting in the tail?

For the second time in as many years, supermarket chains have expressed interest in building a new superstore as part of the regeneration plans for Porthcawl.

After the original Tesco deal collapsed, in September 2012 I said:

“(BCBC should be) aiming for a supermarket that might want to expand into the area. That could be Morrisons – as they’re the only one of the “Big 4″ that doesn’t have a store in the county – or Sainsbury’s who might want to take advantage of Tesco’s poor press.”

Although the news has already been released by Bridgend Council and Glamorgan Gazette, at this week’s BCBC cabinet meeting, a report (doc) confirms that Morrisons are the preferred bidder to build the new store, with Sainsbury’s being held in reserve.

As Morrisons don’t currently have a store in the county, it could well be a draw for people outside Porthcawl too.

A word of caution though – no formal plans have been submitted yet and something could still go wrong, though this seems a lot more concrete than Tescos. I’ll cover any formal plans once they’re submitted.

The tricky issue originally was that BCBC were going to spend/borrow £4.7million for highway improvements once they had a confirmed developer. The costs would be recouped through the sale of the land, and a revised agreement between the land-owners (Evans family) and BCBC would mean both would get a share of the profits.

BCBC haven’t selected a contractor to carry out the highways works yet, they’re still drawing up a shortlist. However, it’s now estimated that the highways works will cost £5.7million – £1million more than the council planned for – because public realm and promenade works are being included as part of Morrisons bid (as far as I can tell).

It’s been recommended that the council approve that further £1million. I think the idea is that because of the extra public realm works on the promenade, the land set aside for residential development would be more attractive to developers and easier to sell. So BCBC will be able to recoup the extra costs through those land sales.

I hate to be a cloud, as I hope the regeneration kicks off in earnest. But BCBC’s budget is looking tight to say the least, and if they’re honestly expecting to base this off significant increases in land values for residential development, then I think they’re in for a shock.

Next, there’s been news regarding the future of Bridgend Library on Wyndham Street.

As you probably already know, the current library will move to the Recreation Centre in the near future once the revamp is completed. It’s unclear precisely when, though I’d guess sometime in 2014.

Bridgend Library is a listed building, with a prominent town centre location. Questions were inevitably raised about what will happen to it once the library moves. BCBC say in the cabinet report (doc) that they want to retain some sort of civic role for the building.

It appears as though Bridgend Town Council have made an approach to take over the building as a replacement for their current offices at Glanogwr, which they say is too far away from the town centre.

The idea is that the town council would take over the top floor, and the ground floor would be used as a general purpose arts venue – aimed mainly at performance and exhibition space. I don’t think it’s big enough to host significant concerts though.

BCBC want the town council to draw up a “democratically-approved proposal” before they’ll enter negotiations on leases etc, but describe the proposals as “attractive”. It’ll also mean that the Glanogwr offices can be “disposed off” at some point.

I’ve mentioned that Bridgend town centre lacks an arts venue when discussing the town centre back in March.

In the last few weeks it’s been revealed that BCBC are also drawing up a bid for Vibrant & Viable Places funding, which will include more town centre housing and improved parking. Maybe it’s just a case of great minds thinking alike, eh?